> Mateus (gg/ghostglyph) is an artist and writer working in Leicester, UK. His work has included games, p2p networks, 3d printing, fictional alphabets, maps and filmmaking. He's interested in exploring narrative, place, text and language. He runs a meetup for Leicester-based artists called FTP, at Phoenix. He publishes experimental fiction and other texts at BRUISE. He is an Mres student at CSNI.

< I have started a Bibliotecha instance running from a Raspberry Pi 3b. See Bruise Bibliotecha.

Informed by the PLS discussions I'm interested in thinking more about the physicality of these libraries. I'd like to see if it's possible to run a couple of instances in the region and rotate them periodically, creating traveling libraries.

These discussions along with work on a research project (Careful Networks) has prompted several other experiments- producing several tools, workflows and constraints. In some respects it feels as if these are often applying the Tasks of the Contingent Librarian to conditions in which there is no library yet at the centre or in which the library remains an abstracted possibility - in which these groupings perform a clearing of the space.

I'm increasingly drawn to explore further the things that happen to the human in these networks, as interactions are mediated by human and non-human entities.

gg-notes is a very simple web page that allows a user to create and save a simple .txt file. The use I'm imagining is that a visitor to the library could easily leave a record of their reading or annotation within the library.

The digital of digital - screenless devices encountered by fingertips. Tiny devices that can be programmed in relatively simple code, very quickly making things happen outside of the screen. It transgresses through different layers of The Stack. The kind of programming we're exploring here creates archipelagos, odd extrusions and fields of signal.

It is small and vulnerable. Adding functions and processes increases the attack surface. Inhabiting the space introduces risk. Who can bear that risk? What steps can be taken to mitigate the risk? Any interaction with the community is the result of a series of steps - at each point, defining the boundaries of the space, and what might constitute as safe usage. Acting safely within the network is a collaborative endeavor.

Like accessing the Bootleg library or a local-only Bibliotecha instance, the specific url's and steps are shared locally. Something has to happen in the air of the space. The vectors of access translate across different surfaces and become noisy - susceptible to error, mistakes and surprises.

The boards are Wemos D1 mini, ESP8266, low-cost wifi microchips. The practice here is simply a very loosely adapted approach to the firmware web server examples. The board runs a miniature offline web server. Users that access the board from their own devices can visit a simple web-page. A hardware text. The text is on the chip. It isn't useful like the library. It isn't read/write. It's store/read. It is storied. It is portable. It can travel broadcasting. It can be passed between friends. One version has a temporary message-board that can be populated as long as the board remains powered. After resetting any sigs are lost. There are of course ways of advancing the programming and for it to behave in the ways expected from a 'product'. However- retaining these difficulties and weaknesses offers routes to Luddite proclivities instead: building with awareness of security vulnerabilities (use must reflect that), this prevents certain behaviors but forces them to augment the constraints of the program rather than trusting the program, a limited, fragile, temporary space is the condition by which any media exists but is usually easy to forget in online practices.

A sketch of a webring-type practice that considers a publishing material online in ways that don't necessitate writing html or interacting with a platform/WYSIWYG-type tool. Using ExifTool participants are invited to edit specific metadata values attached to a jpeg. The jpeg is uploaded to a host of their choosing - or emailed to the webring coordinator, and the URL of the image supplied to the coordinator. A central page is then created which loads in each of the jpegs from their various locations. As the images are loaded the js library, exif-js, pulls the specified metadata from the image and displays them alongside it. This framework creates a single-page ring with each participants content remaining easily editable by them. Dialogues could emerge between posts. Things could be removed. The images could exist without revealing their metadata on other websites or spaces. This practice, again, appears to replicate things achievable using conventional tools and platforms, but through a process that is ceding control to its participants at each step. 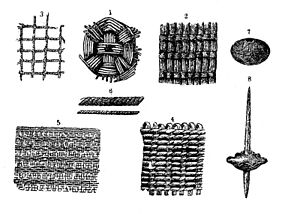